I WENT to hear Jon McGregor read from his latest novel, Reservoir 13, on Wednesday night at Waterstones Sheffield.

In the year since the book launched, it’s won the 2017 Costa Novel Award, been longlisted for the 2017 Man Booker Prize, and shortlisted for the Goldsmiths Prize. While the Costa award recognises some of the most enjoyable books of the year, the Goldsmiths Prize recognises experimental fiction (the kind of fiction that breaks the mould and is creatively daring). To have been on both lists certainly says something about McGregor’s engaging yet innovative writing and structure.

Jon talked about his writing process for this novel, which started with the number 13. The novel has 13 chapters, 13 lunar months, a character aged 13, 13 villagers, 13 different types of weather, 13 animals… The list goes on. With his lists of 13 aspects of village life, Jon began researching so that he could write 13 sentences or paragraphs about each. He expected to weave all of these elements into the narrative, so, for example, a character would notice the weather, or see a particular animal, but when he put his sentences together they worked on their own without having to do this.

The other main discussion point about this novel was that there is no plot reveal. The book is about a missing girl, but the reader never discovers what has happened to her, which means some readers love it and some don’t. Despite any criticism, Jon said it was important to him not to have a clear plot resolution. This is one of the reasons why I’m interested in reading the novel. As a creative writing student, the focus of many workshops I’ve attended has been about developing plot, so I’m looking forward to seeing how McGregor keeps the reader engaged.

I left the reading feeling inspired to push boundaries in my own writing, to experiment, and to think about the possibilities of digital storytelling as Jon used music and the audience’s smartphones during his talk. He also talked about making sacrifices to write the book, which took seven years. This was encouraging too, especially as I’m ploughing my way through my first book, which seems to be taking forever. Jon stressed the importance of taking time to get it right.

At the end of the evening, I bought a copy of Reservoir 13 and was lucky enough to be the first person to have it signed! I’m looking forward to reading it. 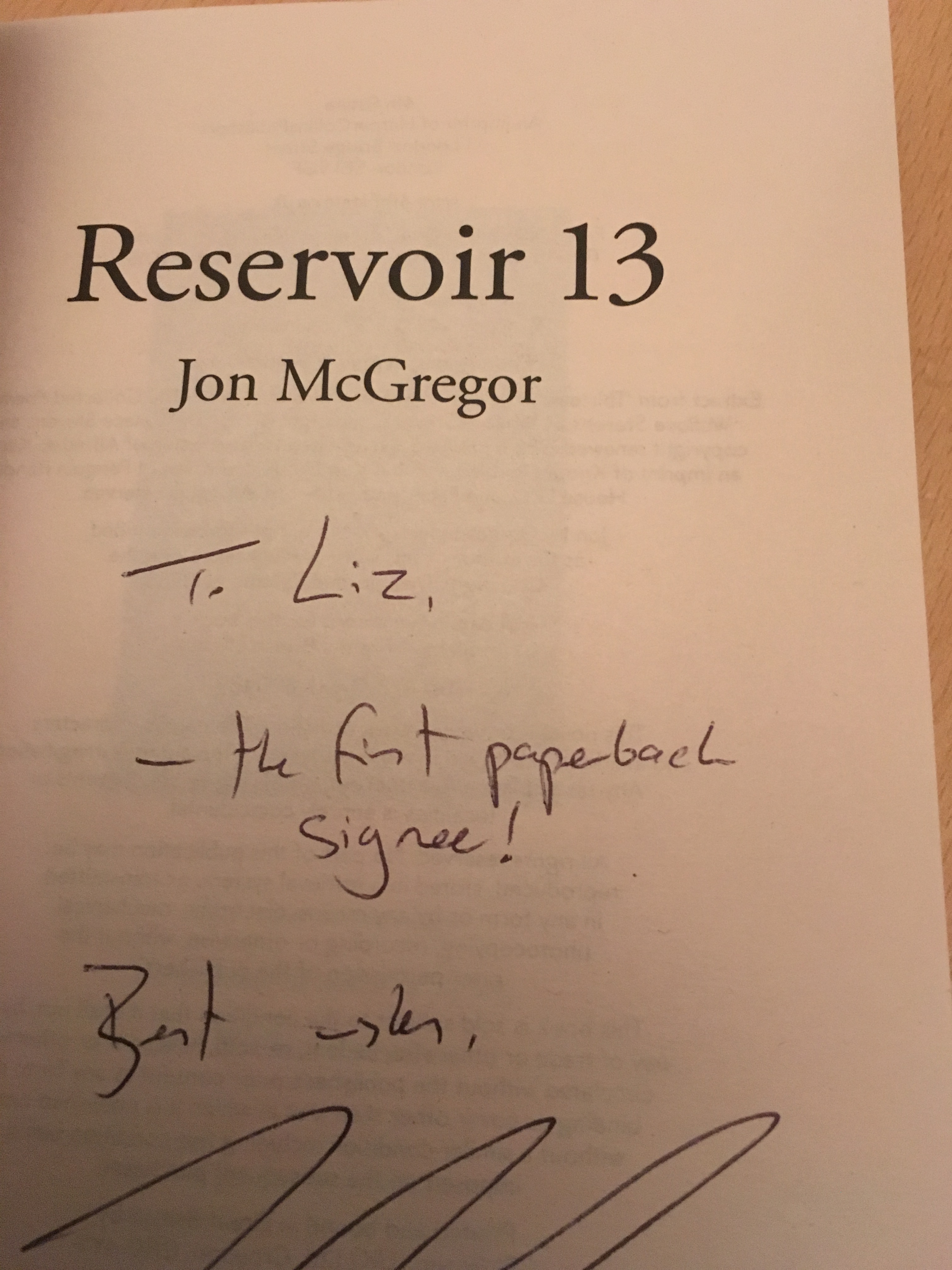