Off the Shelf, Festival of words

The Off the Shelf Festival of Words takes place every October in Sheffield. It’s a fantastic event with some big names in literature, media and the arts. With 130 events across the city, this year’s festival was bigger and better than ever.

For me, it’s three weeks of nothing but books and writing, so is obviously a highlight of my year. I’ve managed to squeeze in a lot, making the mad dash from work in Leeds to Sheffield, occasionally having to sprint from the car park to make it in time, but it’s been worth it. I’ve met some authors whose writing I love, been inspired and made lots of new book purchases. I’ve loved it.

All but one of the events I attended were memoir focused, simply because I’m writing memoir for my master’s degree submission and want to learn from the best. When I scrolled through the list of events there was one that stood out more than the others and that was Lucy Mangan. I really like Lucy’s books and writing style, so I was looking forward to meeting her. She was just as witty in person as she is in her books. Lucy spoke about books from her childhood, which are also the books I loved as a child. It brought back happy memories so was always going to be my favourite event of the festival. 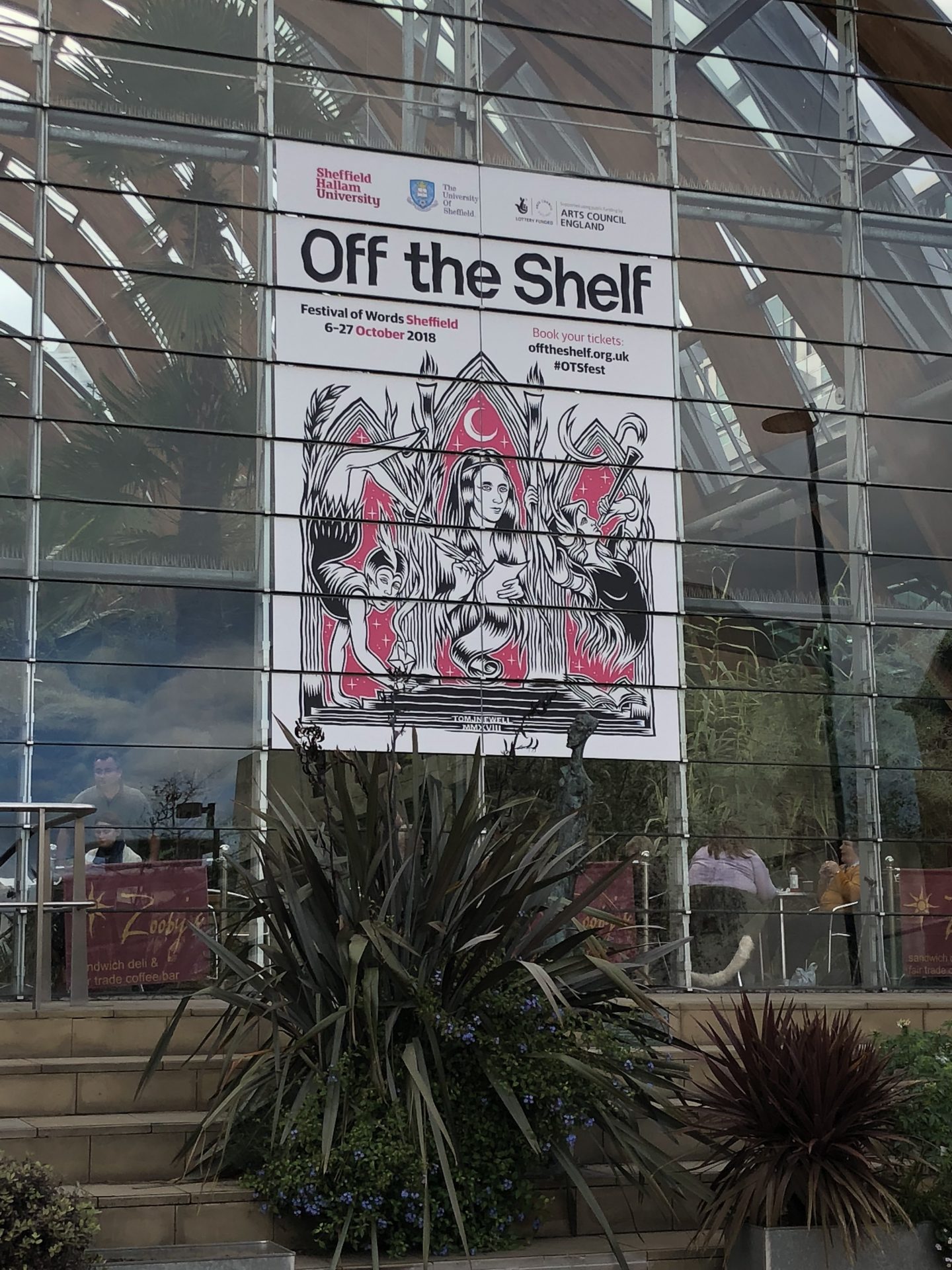 I was captivated by Sue Black’s talk about her book All that Remains, a life in death, and her work as a pathologist. She was so engaging, emphasising that we spend our life worrying about death when we should be worrying about living. She talked about losing her parents and of her work in Kosovo, but she did so in such an uplifting way.

Death has been on my mind recently because it’s the anniversary of my grandmother’s death, and Sue talked about people living on in the minds of those still living. In her book she writes about her family, and I found this interesting because I’m writing about my family and sometimes it’s like they’re still here, brought back to life on the pages. I didn’t have time to buy Sue’s book at the venue as I had a train to catch, but I ordered a copy as soon as I got home. I’m very much looking forward to reading it.

Wendy Mitchell’s talk was incredibly moving. Wendy is living with dementia and has written a book, Somebody I used to know, about her experience. As she spoke about her life and the challenges she’s faced, I struggled to hold back the tears. It was so powerful. Wendy is a real inspiration.

There are a lot of inspirational women in Cathy Newman’s book, Bloody Brilliant Women. She writes about all the women we should have heard about at school but didn’t because we were too busy learning about fat kings and white men. A bloody brilliant event.

Kamal Ahmed spoke about race and his experience of growing up when mixed-race meant being told to go home, even when you were born just down the road. Novelist Jessie Greengrass spoke about her writing process for her first novel, Sight, which really inspired me. She wanted to write it in a year and for it to be around 50,000 words, so she did the maths and broke it down into a daily word count of just less than 200 words. Even with a full-time job, a 300-mile a week commute, and a menagerie to feed and water, I’m sure I can manage that.

As well as being a reader and a writer, I am a runner, so was very much looking forward to meeting Rachel Cullen and BBC Breakfast’s Louise Minchin. They were talking about running, triathlon and sport, and the power it has on improving mental health. This is something I write about on my running blog. Running, for me, is as much a workout for the mind as it is the body. Hearing them talk also inspired me to get back into competition. I’ve stepped away from racing to focus on writing, but I do miss it. Perhaps a comeback could be on the cards!

And finally, there was a special evening with Sheffield Hallam writers, where we celebrated the anthology, New Writing Matter, which includes an extract from my novel. I had a lovely evening with friends from my master’s course. A shame I had a 25-minute wait for the tram on the way home and missed Great British Bake Off on Plus One, but apart from that it was a great evening.

It’s been a fantastic few weeks, and I’m sorry it’s come to an end. I felt a bit sad getting up this morning knowing I didn’t have a book talk to go to, and then when I realised the clocks had changed, I became even sadder. Winter is on its way, but at least I have some amazing new books to get through during the cold months ahead. 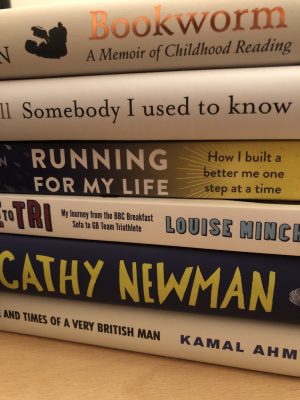